David Wing is currently on a cycle tour of all 51 Cities in England to include each city cathedral and an EBU affiliated bridge club, whilst raising money for the Alzheimers Society.

"At 65 I wanted to do something crazy before the "Grim Reaper" gets me. Thus the "City Cup" project evolved as a vehicle to achieve three things:-
1) A personal physical challenge - over 1000 miles of cycling
2) Involvement and promotion of our wonderful game
3) Support for the Alzheimers Society

Stage One of the City Cup project is underway. This involves a cycle tour of all 51 Cities in England to include the City Cathedral and EBU affiliated bridge club. (If successful, Stage 2 could be the 18 Cities of N.Ireland Scotland and Wales).

A City Cup event will be held at every bridge club and a Cup presented (as a gift from me) to the club. Each cup will be engraved with the name of the City plus the Winners names and hopefully this can then become an annual event.

Should the clubs (or indeed anyone) wish to donate to the Alzheimers Society this can be done via the website: www.justgiving.com/citycup

At the time of writing, five events have taken place at Plymouth, Exeter, Truro, Bath, and Bristol - all have been wonderful evenings and the charitable donations over-whelming - many thanks to all those involved."


David will be updating EBU members via this blog over the coming weeks... 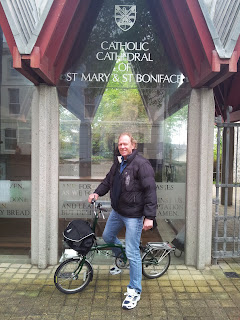 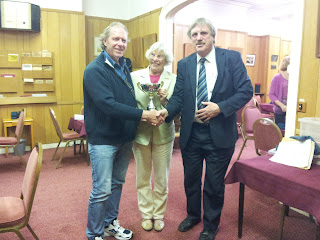 
The views expressed here are David's own
Posted by EBU at 10:10