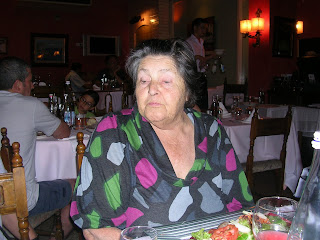 Jane Preddy’s funeral is at 12pm on Friday 11th March 2011 at Parndon Wood Crematorium & Cemetery, Parndon Wood Road, Harlow, Essex CM19 4SF. The family requests no flowers but donations to either the Harlow RGT (Retired Greyhound Trust) – Jane adored her dogs – or the NSPCC. Cheques made payable to either and sent c/o Daniel Robinson and Son, 79/81 South Street, Bishop's Stortford, CM23 3AL. Cheques can also be given to the funeral directors on the day. If any of her friends are coming can you please let David Carlisle know via email at dacarlisle@btinternet.com
Posted by EBU at 11:16

The second edition of Appeal Focus is now available. It's aimed at Appeal chairmen, other players who have regularly served on appeal committees, referees and tournament directors.

The England teams were victorious in Ayr at the weekend. The Peggy Bayer team won comfortably and finished a massive 63 VPs ahead of Scotland. The Junior Camrose team had a closer run, but eventually were 9 VPs ahead of second-placed Scotland. Congratulations to both teams!

Also, congratulations to the England Ladies: Heather Dhondy, Nevena Senior, Fiona Brown, Susan Stockdale who won the B Division of the Swiss Teams. And to Justin Hackett who came second in the ASUKA CUP with partner, Masaru Naniwada.

MATTHEW HOSKINS of Sussex who died on the 1st February 2011 at the age of 51 of a heart attack had been an ever present and well known figure in the Bridge world for over 25 years. Bridge had been a significant part of his life from his days at Whitgift School onwards.
Matthew was a Premier Grand Master and prolific master point winner and won the Annual Master Point Award when sponsored by Macallan. He had numerous domestic tournament successes in Sussex where he won the Spring Congress twice, the County Pairs three times and the County Teams on five occasions in addition to representing the County in the Tollemache. His successes on the tournament circuit included the BBL Isle of Man Teams, a number of EBU One Day Events, the Scarborough Pairs with his wife Liz, the Porthcawl Congress Pairs and Teams, Autumn Congress Satellite Pairs and the National Swiss Teams.

He and Liz were also third in the Portland Pairs. In knockout events he was twice a Crockfords finalist, once being runner up and less than a month before his death he was on the Horsham Team which won the 2009-10 National Inter-Club Knockout claiming a number of significant scalps along the way.

At Brighton he won the Mid-week Knockout teams several times, the Mixed Pairs with his wife Liz, twice the Mixed Pivot Teams, had frequent appearances in both A & B Teams Finals and finished third in the Main Pairs in 2010.

In tournaments abroad he had reached the knockout stages of the Rosenblum in 1998 in Lille losing to the eventual bronze medallists. In 2003 in the European Open in Menton he was on a team reaching the last sixteen of the knockout phase before losing to Sabine Auken.

Always courteous at the bridge table, he was one of the nominees for the inaugural John Armstrong Award in 2009.He would always make sure of welcoming players to the table and of encouraging newcomers to the tournament world.

Away from the bridge table he had a keen interest in horse racing and was proud to have been in the Winners Enclosure after the 2009 Grand National won by Vida Bingham's horse Mon Mome.

Whilst Matthew loved teams play especially knockout events Matthew was also a careful Pairs player and in one season had second places in the Easter Guardian Pairs and the National Pairs in addition to the Crockfords second place. He often joked about exchanging those seconds for a win!

On a personal note Matthew has been my good friend for nearly 25 years at and away from the bridge table. It seems hard to believe I won't again have the 'phone call on a Monday morning to chat about the weekend's bridge. I was fortunate to have played bridge with him for many years and in his last event, the National Swiss Teams, where the team finished 4th, the weekend before his death.

Matthew was a popular figure through his competitive but fair attitude to the game allied to a fine if occasionally cutting sense of humour and a keen eye for a practical joke. Matthew lived in Shoreham and is survived by his wife Liz. He will be very sorely missed.

(Andrew Southwell, printed on the Sussex website)
Posted by EBU at 15:56

The EBU is extremely sad to announce the death of Matthew Hoskins (Sussex) who was recently a member of Horsham 'A' which won the 2009/10 National Inter Club Knockout competition, beating Cambridge 'A' in the final. Our thoughts and prayers are with his wife and family at this time.

The funeral will be at the Church of the Good Shepherd, Kings Walk, Shoreham by Sea, West Sussex BN 43 5LF at 11am on Tuesday 22 February 2011, followed by the committal at 12 noon at Mill Lane cemetery, Mill Lane, Shoreham.

Lunch will follow at the Ardington Hotel, Steyne Gardens, Worthing, West Sussex BN11 3DZ. Parking in the immediate vicinity of the hotel can be difficult, but there is an NCP car park close by.

Everyone is very welcome at the service, at the cemetery and at lunch.

For catering purposes it would help if I could have some idea of numbers. If you are proposing to attend, please let Matthew’s brother Toby know at tobyhoskins@hotmail.co.uk

Flowers or donations are welcome. Donations in Matthew's memory for the RNLI (Shoreham Harbour Lifeboat Station) or the EBU Youth and Education Trust would be gratefully accepted, and may be left in church or sent to Caring Lady Funeral Director, 68 High Street, Shoreham-by-Sea, West Sussex BN43 5DB.
Posted by EBU at 16:40

The 2010 Master Point reports are now ready. Congratulations to Ed Scerri for winning the Sunday Telegraph Salver for the most points earned during the year. He was ahead of Frank and Janet Springett. In the Gold Point list, David Bakhshi is once again top of the table, followed by John Holland in second and Michael Byrne in third.

The Club Champions have also been announced. These are the players who earned the most local master points at each club from April - December. The club winners were entered into the Annual Prize Draw, so congratulations to the following prize winners: