Changes to the EBU Board

We are delighted to welcome Ian Payn to the Board of the EBU. Ian has agreed to take up the role of Board Director responsible for education. Ian has extensive skills in medium and long term business planning and implementation of strategy. He also has a wealth of experience in the world of duplicate bridge; he is on the committee of the London Metropolitan Bridge Association and was previously Chairman of the Young Chelsea Bridge Club; He is currently Chief Operations Officer of Charter Chambers in London.

We are sorry to say goodbye to Suzanne who is retiring from the Board to arrange her emigration to Australia to be with her daughter. We would like to take this opportunity to thank Suzanne, who has made a valuable contribution to the work of the EBU by chairing the Education Working Group. This involved organising the county education research project which culminated in a report presented to the Board in January 2011. We wish Suzanne very good luck with her new life in Australia.
Posted by EBU at 12:11

Labels: board, board members 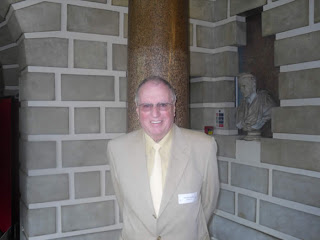 The charitable purposes of Hitchin Bridge Club are :

· The advancement of amateur sport by promoting the game of bridge for the benefit of the residents of Hitchin and the surrounding area.

· The provision of facilities for the learning, teaching and playing of bridge for the benefit of the residents of Hitchin and the surrounding area with the object of improving conditions of life.

Hitchin Bridge Club was recognised as being established for exclusively charitable aims for the public benefit in advancing amateur sport and providing recreational facilities. The club was registered as charity number 1140362.

Recent research has proven that undertaking regular mental activity such as playing bridge can significantly lower the risk of developing forms of dementia in our older population1. Additionally, research shows that social interaction amongst the elderly can stave off cognitive decline. Playing bridge has also been proven to benefit school pupils, not only in their education but in later years when they have more time available for a leisure pursuit. The game provides both high level mental stimulation and social engagement.

The President and founder of Hitchin Bridge Club, Mrs Margaret Eddleston said: “I am really pleased about the decision of the Charity Commission. The club wishes to help more people learn to play bridge and to reap the benefits from regular mental stimulation and companionship it provides. Recognition that bridge is a sport of the mind and its importance to the mental health and well being of players by the Charity Commission is very welcome. With the benefit of charitable status the club can now concentrate on providing a new community building for the residents of Hitchin which will provide modern facilities for playing the sport and a wide range of other community activities”.

The bridge club is affiliated to the English Bridge Union.

About Hitchin Bridge Club:
The club started in 2000 with only a handful of bridge players. In 2005, it became affiliated to the EBU. It successfully obtained a lottery grant in 2007 to purchase a Dealer4 card dealing machine and associated equipment. In February 2011 it became the first bridge club to obtain charitable status and is now a charitable company limited by guarantee. The club currently plays two evenings a week but is hoping to increase the number of sessions. Membership is approximately 125 and the club is proposing to build a new club house and community centre to replace the current hired hall, which is due to be demolished in the next 2 years. http://www.hitchinbridgeclub.org.uk/

Charity Commission:
The Charity Commission is the independent regulator of charities in England and Wales. See http://www.charitycommission.gov.uk/ for further information or call the contact centre on 0845 300 0218. As of 28 February 2011, the Charity Commission is opening a public consultation on the advancement of amateur sport as a charitable aim. Rosie Chapman, Executive Director Policy and Effectiveness at the Charity Commission, said: "For years, sporting activities have been used to further a wide variety of charitable aims, for example to advance the physical education of young people or to relieve disability or the effects of old age. Now that advancing amateur sports or games is in itself a charitable aim we want, with the help of the sector, to explore what that means. We are particularly interested in hearing views on what types of sport or game which involve mental, as opposed to physical, exertion might be capable of being charitable. We are also publishing reports on our final public benefit assessments, which looked at sport and recreation charities." See full press release here: http://www.charitycommission.gov.uk/RSS/News/pr_amateur_sport.aspx
Posted by EBU at 12:36